Why do material flows play such a decisive role in layout planning?

Someone who is planning a journey will probably turn to a route planner to determine the shortest and fastest route. This is generally done with the intention of saving time, and thus costs. The start and end points of a journey are essentially fixed, and there is thus little scope for variability in this respect. But it is still not absolutely impossible, as can be seen in the USA, for example, where it is hardly a sensation to encounter trucks moving whole houses to a new location, perhaps because the distance between a previous home town and a new workplace is simply too great for long-term commuting.

The situation in a factory or other manufacturing environment is actually quite similar. Here, too, the fundamental objective is to realize short and fast transport routes in order to save time and costs.

Why then is the planning of material flows so often neglected?

One reason could be the complexity. In a factory setting, we are not looking at just one journey, but rather at hundreds and thousands of journeys, i.e. individual instances of internal transport, every day. But how often is consideration given to the bigger picture, to a more detailed calculation of the total distance travelled and the time required to do so? Tackled by hand, it is naturally a difficult and seemingly futile undertaking, but results can nevertheless be obtained quickly and simply with the right tools. Let us assume that one meter of transport costs two cents and takes one second. If transport adds up to 10 km per eight-hour shift, this represents costs of € 200 and occupies almost three hours of production time – time during which no value is added, time which even costs money and leaves customers waiting for their products.

Would it not be interesting to know how much potential lies dormant in your company in this respect?

In a factory, however, there is one decisive advantage compared to a typical journey planner. Most start and end points can be arranged much more flexibly than when you are transporting a house from one location to another. It goes without saying that you must still take into account machines with special foundations or systems which require particular ambient conditions. They are the fixed points within the factory. But are there not also many readily variable start and end points, e.g. assembly workplaces, stores, break rooms or likewise mobile machines and equipment, which can all be re-arranged to keep distances short, to minimize the time required for transport and in this way to spare resources?

visTABLE®touch can show you the shortest and fastest routes for your internal transport and supports the optimization of your layout planning. Try it out for yourself. 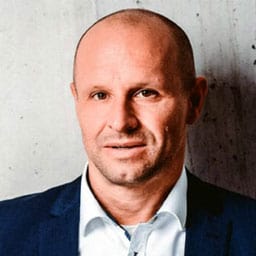