How factory layouts depend on the value stream?

Factory design from value stream to layout. Sounds logical and is logical. Central idea is the so-called line back principle. It comprises designing the factory layout inside-out. Or put another way: The factory planning is to be developed starting from the center of value creation towards auxiliary facilities.

What is the problem?

If this concept is so catchy and logical – why only a few people pursue it? Why are factories often planned starting out from buildings whose space is then filled step by step?

An answer seems to be obvious: First of all, the investment costs are in the focus when it comes to the building and the fixed equipment installed therein. The building, including its building service installations, usually constitutes the largest pool of costs – and now this must be as little as possible. However, the auxiliary facilities become a restriction just at the beginning:

Or, conversely, according to the line back principle, you would ask: Which investment can be refinanced by an optimal production structure? Is it not better to operate an efficient value stream in a building that meet the requirements, but is more expensive? Or should we accept inefficient structures in a cost-effective multipurpose building?

Such questions might be hard to answer in individual cases. Experience, however, has shown that low operating costs always help to refinance an investment faster.

An example for illustration

Our great-grandfathers would never have come up with the idea of planning their houses without cellar and attic; there are always things in every household which must be kept exactly there. May be, these things are not the most important ones. But who knows what will be important for the great-grandchildren in 60 years time?

The modern, cost-optimized single-family house, however, stands on a foundation slab, with the first residential floor directly on it. The attic floor is in most cases fully integrated into the housing. After moving in, it often lasts only a few months until the first little timber cottage for this and that can be seen in the garden. And the temporary storage develops into a respectable building after years. Due to the usually restrictive building law, however, they may only be erected as a compromise to attic or cellar; valuable area for creative gardening, recreation and play is lost. And you will nevertheless get wet if you need something from there in the house. “In-house” alternatives are usually even more senseless – who is willing to store the potatoes, for example, in the boiler room?

An example from factory planning

In factory planning, too, there are always apparently marginal locations that get too little attention when weighing up the costs. Lets take the storage as an example: It costs valuable area. Hence, you will try to keep it as small and economical as possible. Therefore, it will be erected in an unheated building beside the production building. There you can also accommodate a few more racks at reasonable cost.

The consequence is that material must be transported from and to the storage and stored intermediately in the production. You will need not only roads and areas, but also additional handling. This might be a manageable solution for long value streams with many concatenated work steps. But if you only look a few years into the future, the scenario will change:

As a result, the frequency of goods movements will increase significantly. Furthermore, much more transports per time to the production are to be performed, which then will provide the nature of pure assembly. In some cases, all temperature-sensitive components must be stored in the production. The “cheap” unheated storage outside the hall becomes a cost-pusher. In just a few years of operation, the cost benefits compared to the undoubtedly higher investment in a flexible warehousing system close to the production and equipped with several warehouse door systems vanished.

The interrelation of value stream and layout

Going the way from the value stream to the layout consistently, each process step are assigned resources. Resources are e.g. equipment, assembly stations or complete manufacturing areas – depending on the level of detail of the factory model under consideration. When bringing their area requirements and resulting transportation frequencies into a true-to-scale layout, you will receive a representation similar to a Sankey diagram.

If you now modify the value stream e.g. by way of scenario planning – the value stream becomes shorter as shown in the example above; the material flow links between the resources involved and the resulting transport intensities will also change. Hence, you would recognize from this example that the transport intensity between storage and production will increase in the future scenario with shorter value streams. For example, the transport effort will increase by 15%, compared to the situation with the currently long value stream where several steps of manufacturing are performed in succession.

If you intend to use this study for a digital factory model with the corresponding KPI dashboard, the influences of changes in the value stream structure on the layout can be evaluated quickly. For example, the differences in the transport efforts and costs required for the layout variant with external unheated warehouse compared to a central warehouse can be easily quantified. Our example shows that the layout with integrated storage area results in lesser transport efforts of up to 28%, compared to the solution of an unheated storage with the currently long value stream. It should also be taken into account that this solution is also stable, compared to the shorter value streams that are to be expected in the future: The advantages regarding the transport efforts would be still 28%.

The more expensive solution in terms of investments proves to be not only up to date from the perspective of the value stream, but also more efficient in terms of the operating costs. The saving potentials can now be offset against the extra expenditure for investments over the service life of the layout, resulting in a reduced risk of misdecision.

How does it work in the planning practice?

In most cases in practice, value streams exist in a form that cannot be processed digitally. This is hardly surprising, as the concept of Value Stream Mapping (VSM) is postulated by its developers is described as a paper and pencil method in the original form adopted by Toyota. (See: Rother, M.; Shook, J.: LEARNING TO SEE: Value Stream Mapping to Add Value and Eliminate MUDA. The Lean Enterprise Institute, Inc., 1998.)

In other words: Value streams are not mapped in accordance with a logic with strict algorithms, but serves the creation of basic understanding for material flow from ramp to ramp, including its controlling flow of information.

The notation of such flows is performed irrespectively of whether the value stream under consideration is an actual or target state. Its structure is similar to that of the process boxes in the value stream map, but stationary logistics operations (taking into/out from store, provision) are also described by way of process boxes. This is necessary because each operation must be assigned a footprint in the layout. The footprint represents the so-called resource in the layout, i.e. the object that requires the space. Thus, it also becomes clear why no separate symbols are required in the flow of goods notation for different storage and buffer systems (KANBAN racks, FIFO lanes, etc.). It is a pure process view; the resources are specified in the connected layout.

Arrows are used to illustrate the transports. Each arrow represents a transport with a certain frequency and with a certain transport means. The product flow diagram is created by way of a digital tool. Today, thanks to the touch technology, this can just as well also be performed intuitively on the tablet PC, as previously done at Toyota with paper and pencil.

The product flow tool provides direct reference to a digital layout; it supplies the layout with material flow data. This can be used,

Thus, a suitable digital factory model is provided for layout planning and layout evaluation, giving answers to layout structure issues explained by way of the example above.

What is the benefit of the value stream-to-layout approach?

Many layout workshops in practice are conducted with simple templates based on printed CAD plans. Working with such simple methods has the unbeatable advantage that simply everybody can participate. Mapping value streams pursues the same concept oriented towards simplicity. The two methods deal with the topic of factory planning, but each from a relatively isolated view:

In the layout view, the relationships between the individual processes are non-transparent; when planning, you are focused on geometric relationships, and you will have to estimate the flow “on a gut level”. In the process view, however, the geometry is left up to the gut feeling.

Thanks to integrated consideration of process and layout, you have the unique possibility, starting out from an optimal process from the perspective of value stream, to keep in view also the layout that is required for the appropriate process. Interdependencies can be recognized easier and treated by means of appropriate “adjusting screws” synchronously from the two views.

For example, many workshops according to this approach were conducted in the planning practice of the author, and it astonishingly often happened that it became clear where space is to be planned in the layout only when considering the individual process steps. On the other side, many actual layouts showed that space was wasted for things that

The best effects were achieved when considering layouts with high resolution, i.e. on the level of place-of-manufacture groups or assembly groups. In other words: In particular, where centers of value creation are located, it is possible to realize substantially better layout drafts with the value stream-to-layout approach.

How can I realize this in an easy manner?

The connection between value stream and layout explained here cannot be managed in the simple analog form as opened up by value stream or layout maps with paper and pencil; it is nearly inevitable to use a digital factory planning tool. The experience represented above is based on applying visTABLE® and the use of a participatory planning tool originated in developments of renowned research institutions in Switzerland and Germany. What is the right app, CAD system or planning software and when?
Read more » 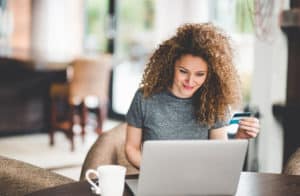 What is the significance of lead time in the factory planning process?
Read more » 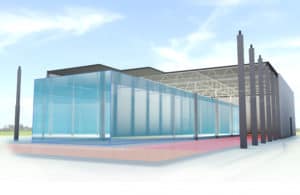 Hello, I am glad that you are interesseted in my article.