What does an easy-to-use VR app for factory planning look like?

You are convinced of VR or have at least already experienced the benefits of virtual reality in some form. But now you want to know specifically what the practical application looks like? In the last article on VR, the application in factory planning was already briefly touched upon. In this article, we will now go into more detail about an example application from the Free University of Bozen-Bolzano. What you need for this and how this VR app supports you in layout planning, you will learn in the article with a video in the last section.

Why can a VR app add value to layout planning?

VR can therefore provide a very vivid and realistic picture of a current or future state of your factory. VR helps to improve communication for all parties involved. So this form of visualization goes quite a bit further than the usual 3D view on the screen. But of course, it requires something more than a flat screen or a canvas.

Possible configurations for a VR app

The most attractive form of VR from the user’s point of view can be described as follows:

even better or ideal:

The following illustration shows three possible configurations. From left, often permanently installed, to right, standalone, mobile at any time. Today, everything is already operable at reasonable costs and has long since found its way into the private sector for entertainment purposes.

Standalone operation is currently only possible to a limited extent due to the mobile processors used (Snapdragon XR2 as of 2020). However, the VR app presented here can already display about 1-2 million polygons. That roughly corresponds to a medium-sized factory with optimized 3D data. With a powerful notebook of the latest CPU and GPU generation, 5 to 10 times the model size is feasible.

Wireless usage is currently just becoming the standard, supported by the Wi-Fi 5 (IEEE 802.11ac) and the newer Wi-Fi 6 (IEEE 802.11ax) standard. Local conditions for small latencies must be taken into account. Especially distances between router-notebook-HMD have to be considered and that all devices also have access to the shared network. The distance between router and notebook can also be bridged with LAN cables. Besides these technical hurdles, the VR software must also support wireless use.

Notes on hardware for a VR app

Based on experience, the following hardware components (as of June 2021) work well with VR:

Especially the graphics card is required for large 3D factory models and should be able to calculate high frame rates in VR. On the one hand, this is important for user comfort to avoid so-called motion sickness, but also for the usability of software functions in VR. For VR applications, a computer can actually never be fast enough, due to the necessary double image calculation for the left and right eye and also when you are working with not fully optimized 3D CAD product data. So here you have at least a certain performance buffer to compensate for weaknesses in the 3D model. However, it is recommended to check the 3D data beforehand, especially for a VR app.

The Oculus Quest 2, like its predecessor, is by far the easiest headset to use and set up. It can be operated via link cable as well as Air Link in connection with a notebook and also offers standalone use with the software mentioned in the next section. This means you can also allow guests to visit in VR very easily with just a headset.

If you already use other VR headsets in the company, then simply check the compatibility with the VR software and whether the HMD meets your requirements. Standalone use is currently only possible with the Oculus Quest using the mobile software version (see below).

Important note: For data protection reasons, the sale of the Oculus Quest is currently not possible in Germany (as of 03.06.2021).

*An improved Pro version is not expected to be available until 2022.

Software for the VR app

This software makes it possible to read in a 3D model as wavefront OBJ from visTABLE®touch in a very short time and to start a VR session in the 3D factory model. In doing so, several people can meet for a collaborative session in the same 3D model and thus perform a failure analysis.
For standalone use of the software in conjunction with the Oculus Quest, access can be requested from IrisVR support. All supported headsets can be found here. 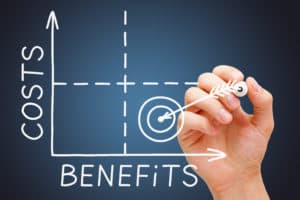